The East Coast Peninsular Malaysia railway track, built between 1910 and 1930 and running from Gemas to Tumpat for a distance of 527 kilometres, was heavily damaged during massive monsoon flooding that occured between 15 December 2014 and 3 January 2015. Stretches of track were inundated by mud, and washed away – including the steel truss Peel Bridge built in 1931. EDTP 1, from Rawang to Ipoh, included electrification works, double tracking and alignment changes to the railway track. As a result of these upgrades, the track speed was doubled from 80 km/h to 160 km/h, enabling travel times between Kuala Lumpur and Ipoh of just over 2 hours compared to 5 hours previously. The work scope under EDTP 2, from Ipoh to Padang Besar, additionally included design and construction of trackworks involving structures such as the swing bridge in Prai, 3.3 km twin bored tunnels, a 3.5 km marine viaduct, and 51 km of land viaduct over farm land. Through these projects, Emrail achieved successful completion of over 1,000km of trackworks. Serving as a major freight boost to the KTMB network, EDTP 1 and 2 completed the modernisation of the railway link into Thailand.

In late 2015, the Ministry of Transport awarded packages to three separate contractors to refurbish and reconstruct the East Coast railway, Packages A, B, and C. Emrail’s scope fell under Package C which covers the 209 kilometre single track alignment from Gua Musang to Tumpat in Kelantan. The scope of work involves track rehabilitation and restoration, slope stabilisation and improving the drainage to avoid a repeat of the track washout resulting from the 2014-15 floods.

Physical works began in 2016. The project is currently on track to completion in 2nd quarter 2019, and regular train services are being gradually restored to its pre-flood levels. 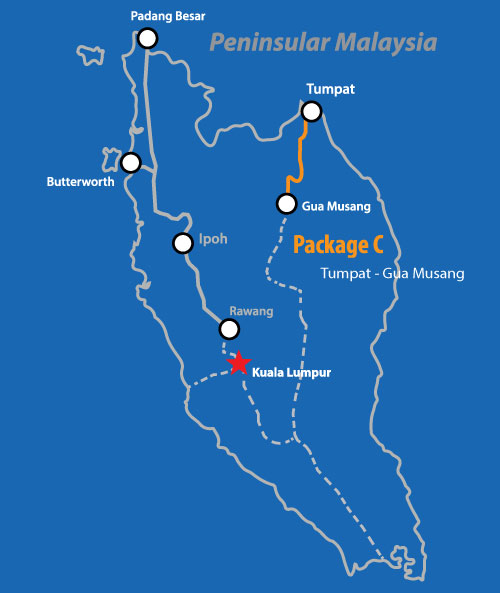